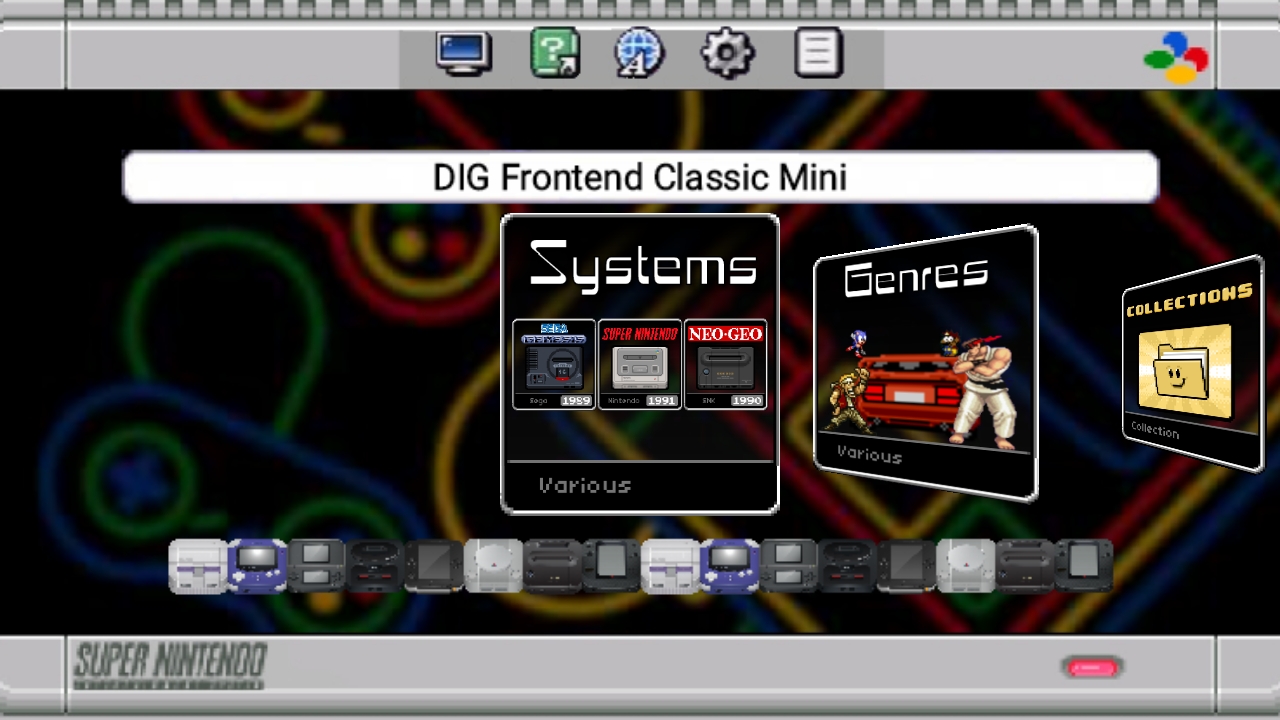 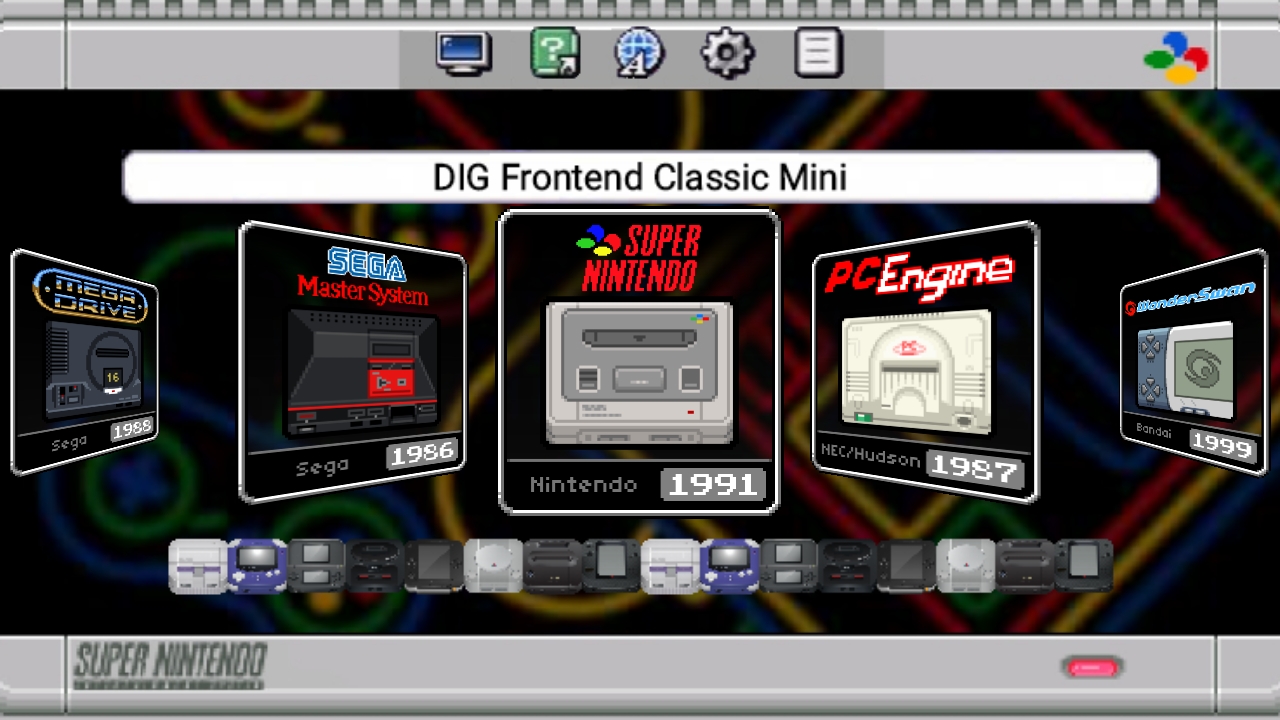 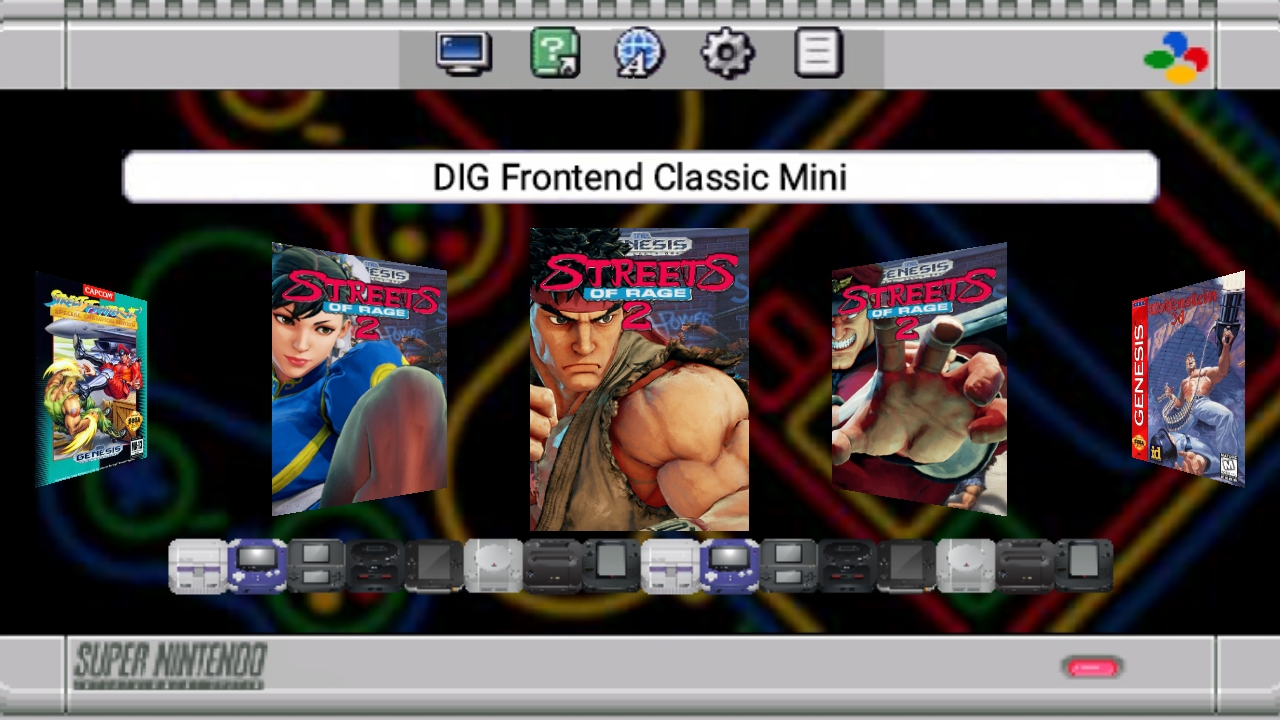 This theme is based on the official EUR region user interface of some popular 16bit mini gaming system. The icons are from Ruckage's Classic Mini themes.