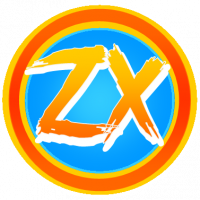 So this is my first theme for dig that I've been working on for the last 3 months. Game Room is slightly based on the frontend that used to be on the Xbox 360 and Windows live. The point of that was to give you a place for classic Atari, Intellivision & Konami games but due to the lack of Midway, Namco, Sega and other Arcade games, the service fell through. So this is my version of how I would see game room if it was made now.

This is the dark version of the theme which is made with the intent of helping anyone out that might play emulators at night (like me) However I am currently working on a bright version that has some changes. Here's a sneak peek 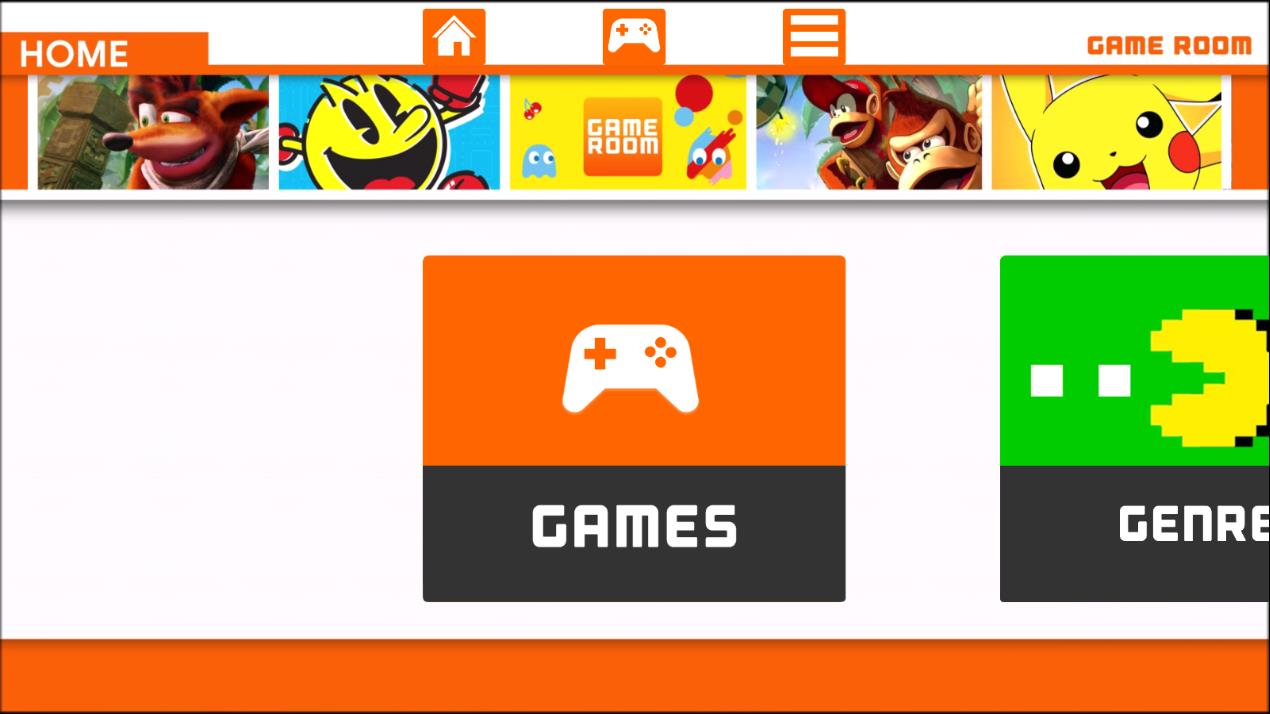 Although the themes on this forum all mostly based around 8bit or 80s themes, I wanted to take a slight modern approach that kind of fits android. 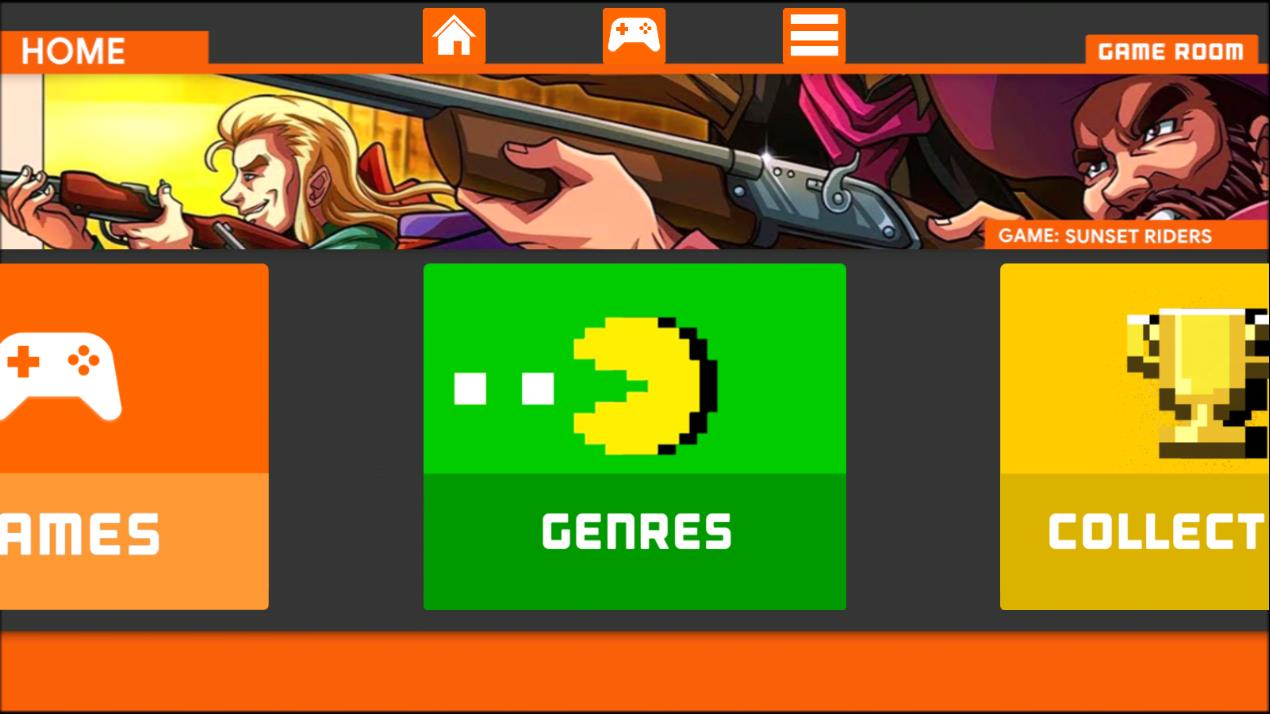 If you stay on the home page long enough, it will change to different games.

Since most of the systems are run by emulators, I decided to actually base some of them around the emulator names.

N64 is Mupen, DS is DraStic, Arcade is Mame, Android is Game Room & PSX is FPSE (But named PSE). Intellivision & Atari however are the same to stay true to how it was in the Xbox Game Room. 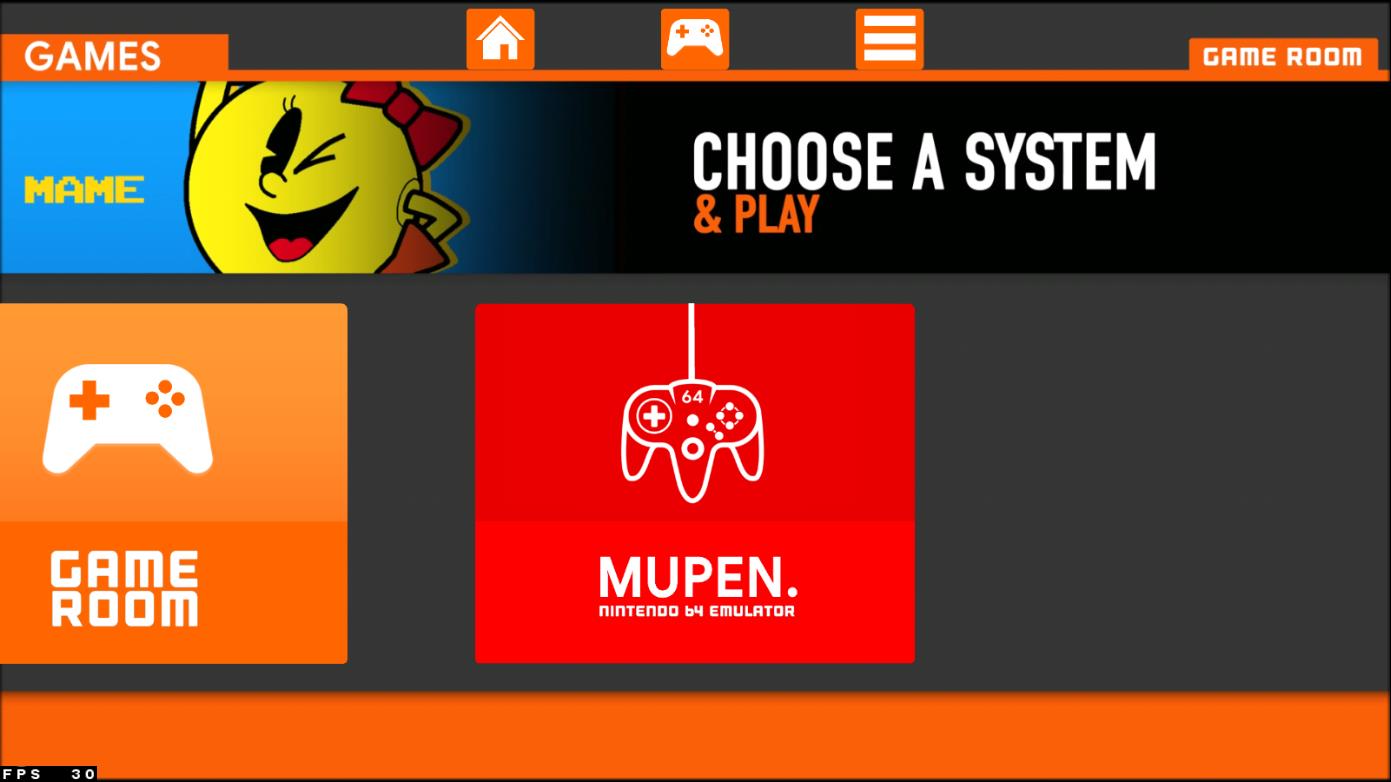 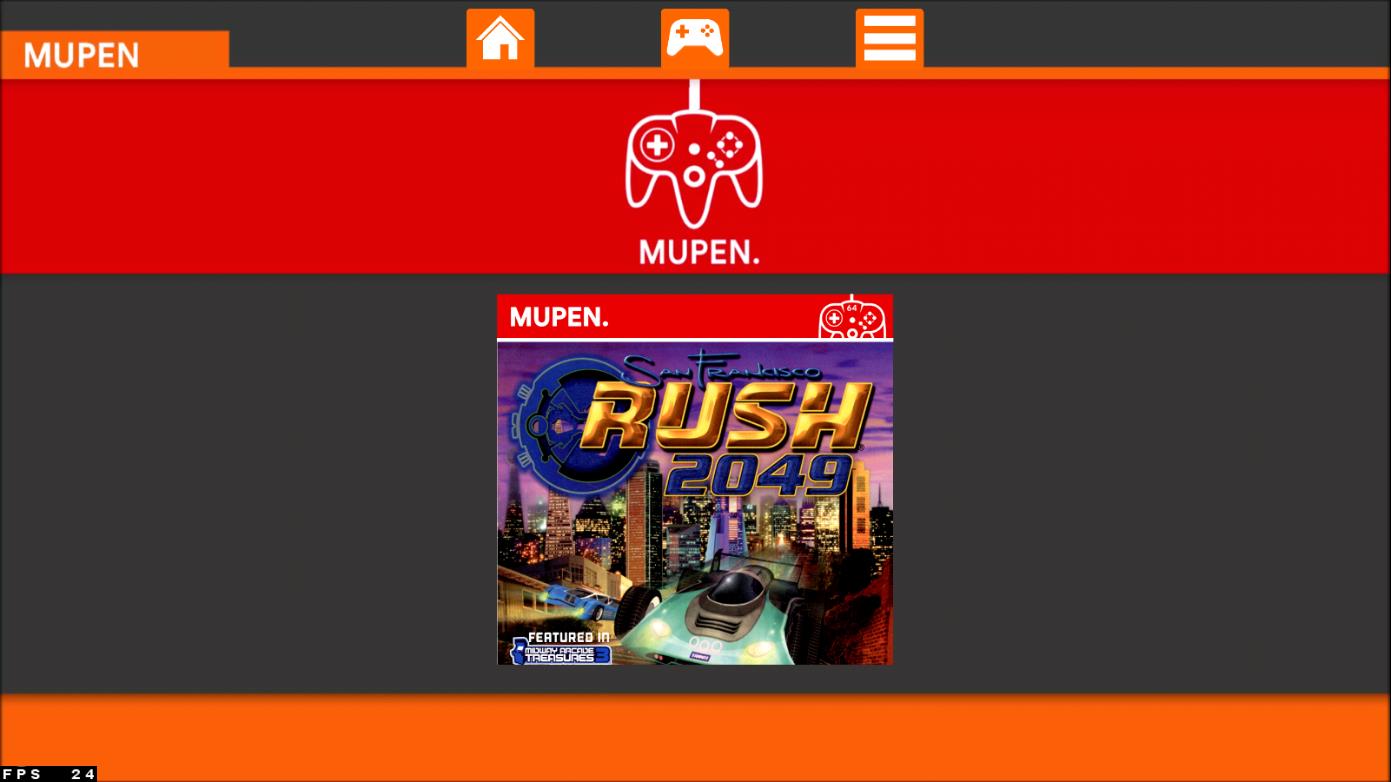 Covers will be available to download when I add more later.

At first I didn't understand the point of collections until I realized it's possible to put together existing game collections if you have the required games. I noticed that most of themes use a folder icon for the collections, but I decided to use a trophy for it instead. Think of it kind of like a trophy collection. Since the genre icons and the collection icon fail to be packed with themes, I may make a separate download soon that contains these for anyone that wants to try them.

Currently the settings menu only has 1 background until I make more. There is another one I made that contains multiple backgrounds but it's more focused on mobile games instead of the classics. So for now this is the only one. So it was easy to still see the text, I slightly dimmed the background so the focus is set on the text rather than the background. 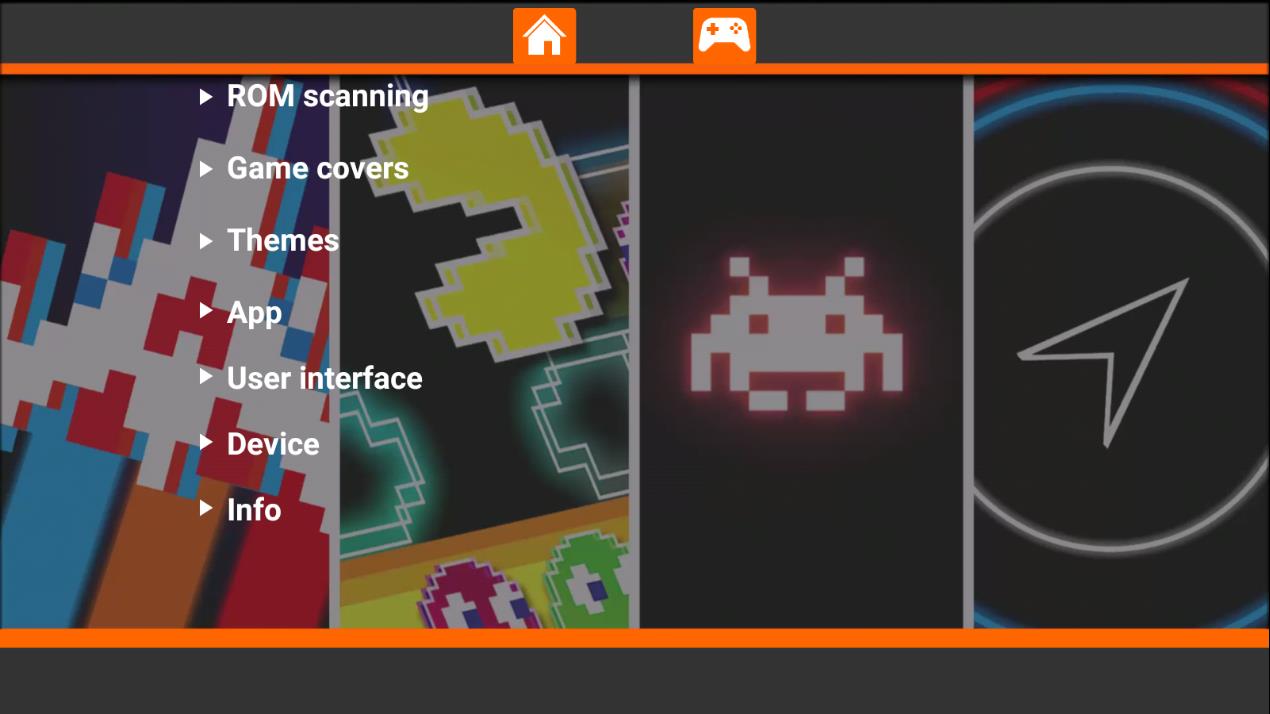 So game info was a little bit tricky to modify. While it's easy to change the background and everything else, the only thing you can't edit without modifying Dig's apk file is the play button. My personal opinion but I hated the original because of how big and out of place it was. The trick I did was add a foreground over the button and added my own. 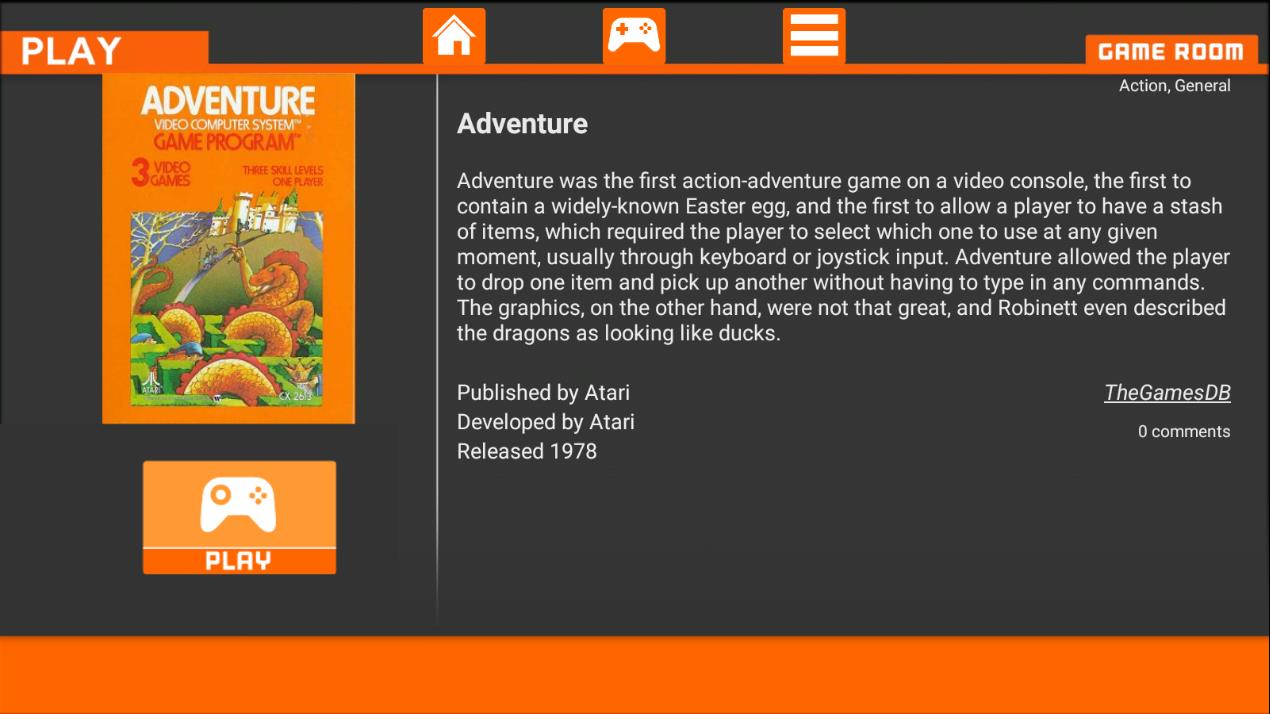 Currently the supported systems that have a personalized theme is N64, DS, Android, Atari, Intellivision, Mame,PS & kind of the NES. The rest of the systems for now have a theme that is shown when you play on a non supported one 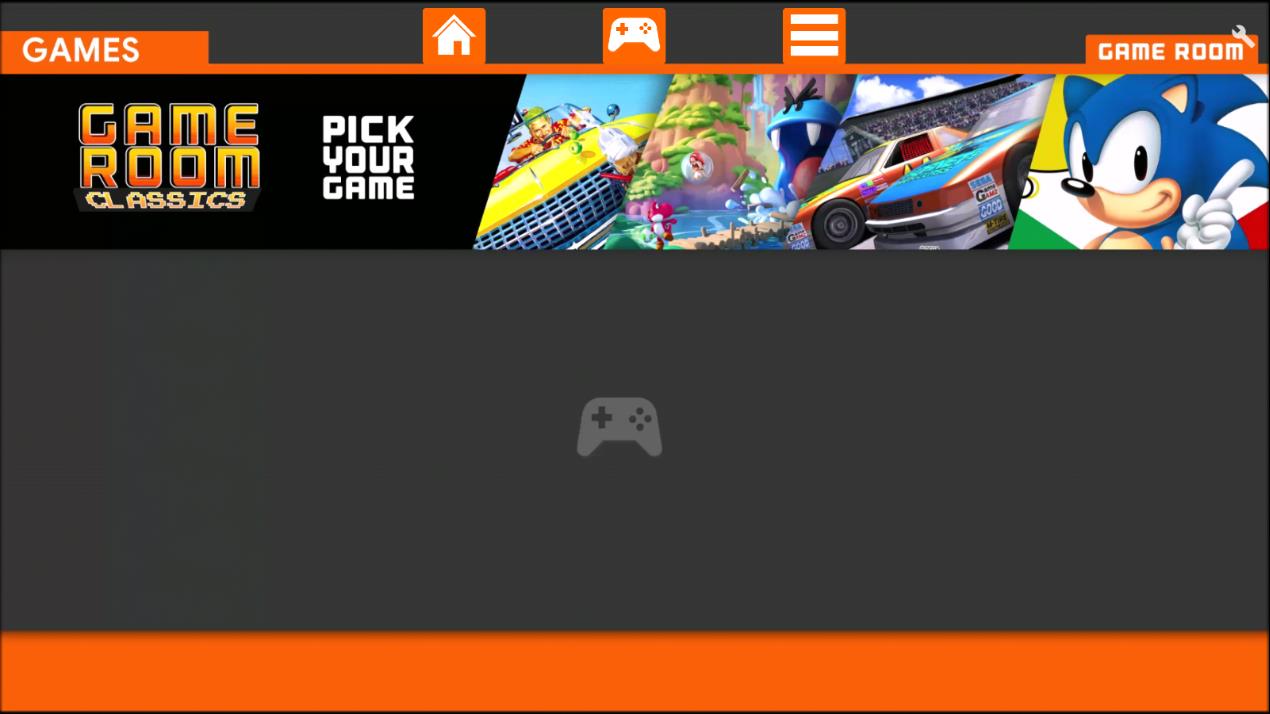 As a optional download (155MB with songs) there are 31 songs that are either from games or are fan covers. This also contains songs from the original Microsoft Game Room which I ripped from the files myself (after it took 6 hours to extract). Here's the list of the songs.

So with all that out of the way, the first version of the dark theme can be downloaded. Feedback is appreciated